Fortunately, the life of the contract is often all roses: parties enter into agreements, lay these agreements down in a legal document (agreement or contract) and live up to their side of the contract. The contract dies as peacefully as it was born.
However, sometimes that life is less rosy, for instance when parties disagree on what they have agreed on, or on when the contract came into being, or if one the parties does not meet their end of the bargain. The life of the contract is also complicated if it has to be translated into another language, especially if that language is English. Fundamental differences between Dutch law on the one hand and that of England and its former colonies lead to mistranslation and misunderstanding. In the worst case, it's "see you in court!"

In this workshop, we will familiarize ourselves with the most important differences between the life of a Common-law contract and that of a Dutch overeenkomst. We will see that some problems already occur at conception: English and Dutch lawyers may have very different ideas about when a contract comes into being. This means that 'contract' as an English translation for Dutch 'contract' may already be problematic. And that claim for performance (vordering tot nakoming), surely that's a translation problem? 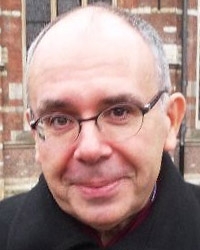